Singing in the Sunrise

I always loved singing but when I first started with yoga I hated chanting. HATED it.  In my world chanting was not singing – at that point in my practice my personal comfort zone was so narrow and tight that I am amazed I could breathe.

Looking back I think it was the delivery of my first teachers that turned me off so much. In the classes I attended chanting seemed tortured, usually the teacher was loud and everyone else was whispering.  We were all uncomfortable and for years I thought it was the lamest most antiseptic thing ever. Sometimes I would get so frustrated by chanting in a class that I would simply roll up my mat and go. 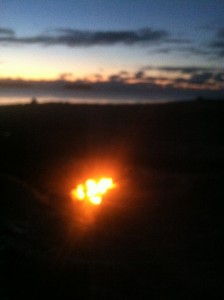 I was years into my practice before I attended my first Kirtan and my belief about chanting shifted. Kirtan is a beautiful practice of call and response chants.  I realized then that chanting is uplifting, it is freeing – my first Kirtan was absolutely opposite of every experience I had had with chanting until that moment.  I fell in love with the practice – in LOVE.

Singing as healer is as old as human kind.  It is part of every tradition.  Like songs chants can be short and sweet or long and elaborate.  By nature chants are repetitive and repetition is a known doorway to the meditative mind. Chanting is an energetic expression and a powerful tool of healing.  Now, I use it daily and infuse it into my world by chanting while driving, or cooking, or showering. I interweave it into my classes and try to inspire my students to sing out loud.

During the annual Healing House Retreat we begin before sunrise and sing the world awake.  This year, on the first morning we stood with our feet on the rocks, our voices raised, eyes on the melding point of water and sky – it was beautiful and healing. The second morning it rained and so our practice shifted inside and we watched a gray dawn fan out into morning.

To help my students, I often use recorded music when we chant. I have found that it softens the forced feeling by having something to follow and makes them less nervous to raise their voice. The second morning we sang out loud with a recording of Jai-Jagdeesh (Quiet Winds very own Avtar’s beautiful sister) to expand our hearts: 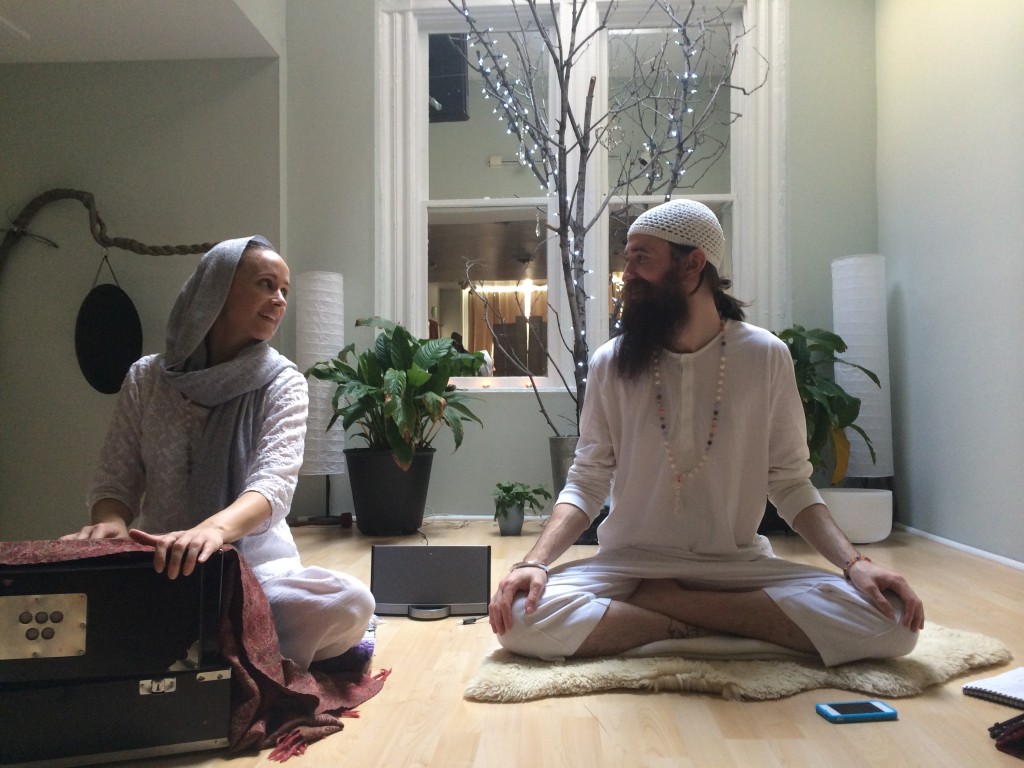 Aad Guray Nameh
I bow to the Primal Wisdom

Jugaad Guray Nameh
I bow to the Wisdom through the Ages

Sat Guray Nameh
I bow to the True Wisdom

It is a beautiful chant on its own but that morning with the water moving in front of us it was ethereal. As we moved and sang, sang and moved the sky in front of us became alive with gulls swooping in the early morning light – it was breathtaking: Singing in the sunrise at the Healing House Retreat