When I first started with Yoga I was so uncomfortable with myself that being present was a very difficult thing. For that reason I hated to hold stillness and observe my breath. Even when guided to by a teacher I didn’t do it and sometimes to be entirely honest I just left.
The breaking of my resistance to breath-work took time and didn’t occur until I encountered an entirely different style of yoga then I was practicing. In 2001, a friend invited me to yoga (which at that time I defined as Vinyasa) and drove me to a Kundalini Yoga class. Almost five years into the practice and the turbaned woman in white who greeted me made me distinctly uncomfortable.  If I could have, I would have immediately run away. 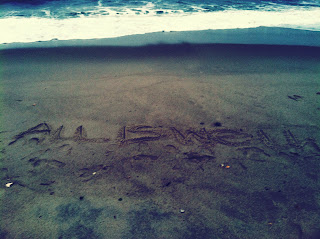 A traditional Kundalini Yoga practice is made up of Kriyas, repetitive movements that utilizes both powerful breath-work and chanting. Everything about Kundalini made me uncomfortable but as the class started that day I made up my mind to do it anyway. So I breathed, chanted, stomped my feet, and jumped around like a crazy person long after I wanted to stop. As the class progressed I moved through a litany of emotions but at the end I was calm, I was still, I was aware of my breathing and at peace. I was changed. In fact that one class altered my whole perception of Yoga. It shifted me forever.
One of the most remarkable and lovely parts of being a teacher is having the opportunity to observe the transformation that the practice inspires in others.  Sometimes those shifts are so subtle that they aren’t even perceived at first by the one they are happening to.  Those transitions are so deep that it isn’t really a change instead it is an evolving, a process of becoming. No matter how many times I stand witness, when someone undergoes a transformation big or small, it is always magic to observe.